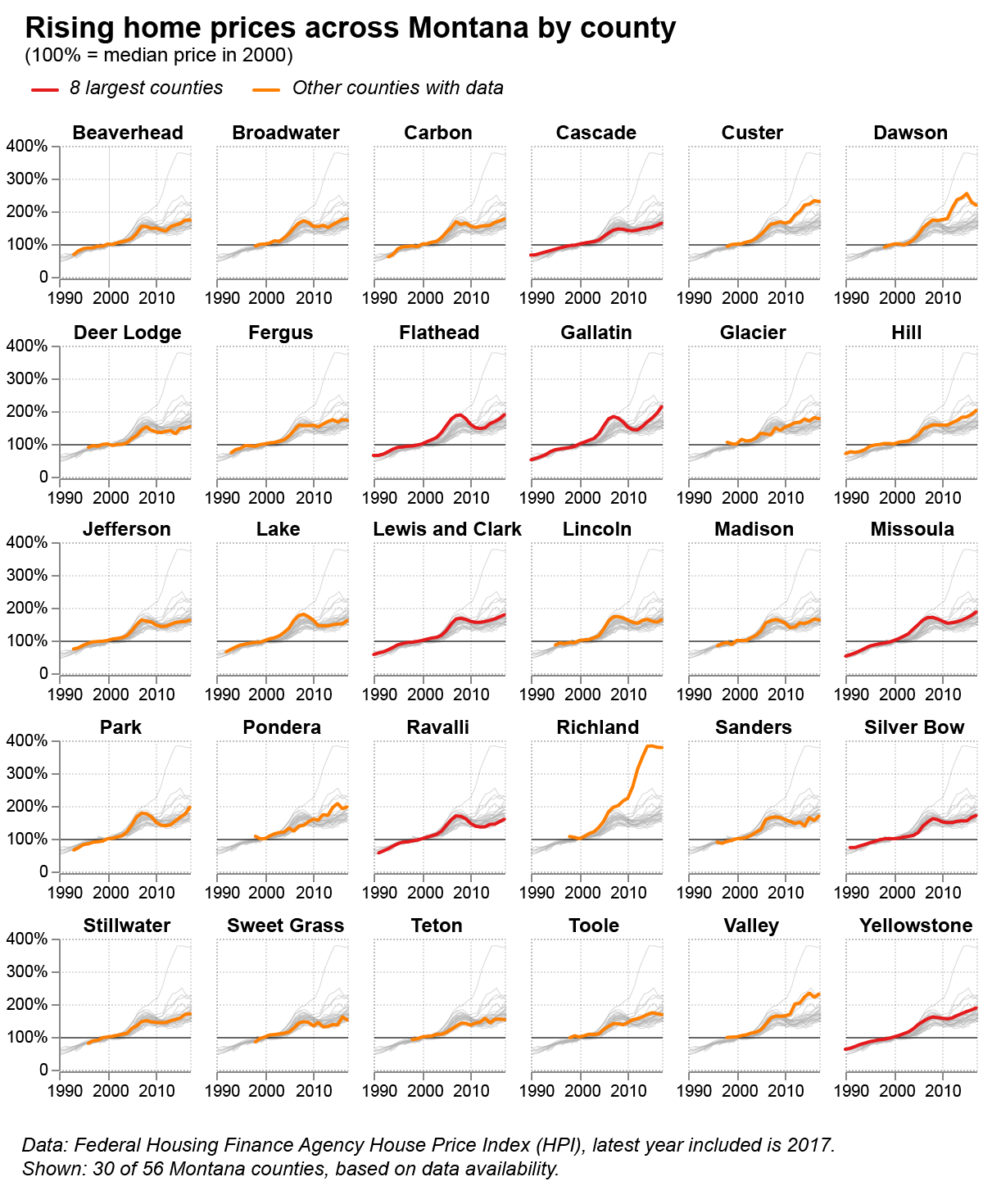 Knoff Group attended the BBER Economic Seminar this past week and this discussion was prevalent. Is it an affordable housing issue or an issue with wages in Montana. Is it time for employers to start paying talent what they’d get in other markets – especially in high tech? Or is it the responsibility of municipalities to create programs to help? It may be a combination of a lot of different things adding up to a bigger problem….

Housing costs have risen across Montana in recent decades, to the point where residents are feeling the pinch between wages and their rent or mortgage payments, say economists with the Montana Bureau of Business and Economic Research.

The unanswered question is: why?

“This is a daunting challenge, the challenge of housing affordability,” Barkey said.

Home prices have more than doubled since 2000 in five Montana counties, BBER says, and more than two-thirds of Montana counties with available data have seen prices rise by at least 70 percent. Montana’s average wages, for comparison, are up by about 74 percent since 2000, according to data from the U.S. Bureau of Economic Analysis.

Montana home prices began to rise markedly in the 1990s and then accelerated in the 2000s, Barkey said, inflating at an average of 7.4 percent a year until being taken down a notch by the 2008 Great Recession, according to data from the Federal Housing Finance Agency. Since the end of the recession, Montana home prices have rebounded, rising at an average rate of 4.1 percent annually.

Basic economic theory would predict the market to move in response: Higher housing prices should lure developers and contractors to build more homes until prices swing into alignment with local wages. But that doesn’t seem to be happening in many parts of Montana.

It isn’t clear specifically what is driving the trend, but Barkey detailed two potential explanations: First, it may be that hot housing markets in places like Bozeman and Missoula are simply the inevitable consequence of those cities being desirable places to live — so desirable that they attract out-of-state money.

On the other hand, if rising housing costs are largely a regulatory issue, Barkey suggested that state government could step in to force comparatively high-regulation cities like Bozeman to roll back their development requirements. The state of California, for example, is suing the city of Huntington Beach over development regulations it says leaves too little land available for comparatively affordable apartment-style housing.

“It’s a national challenge with a local flavor,” Barkey said. “It’s not going away.”

Source: UM economists try to explain why housing prices are up across Montana