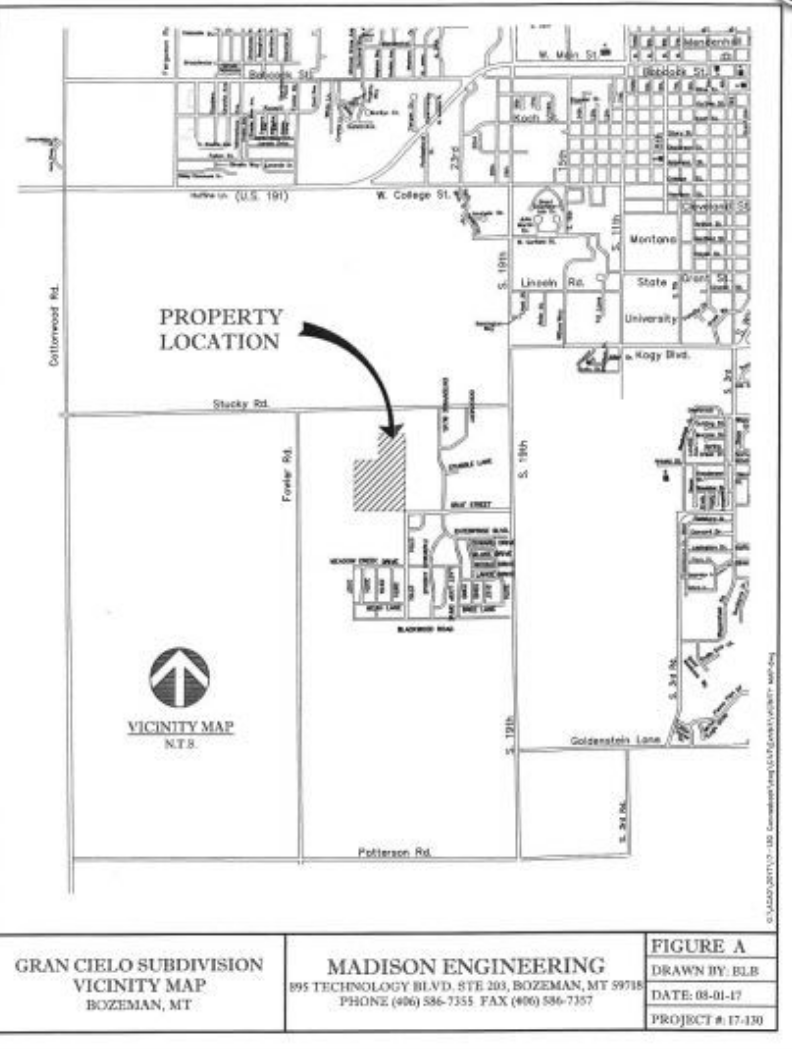 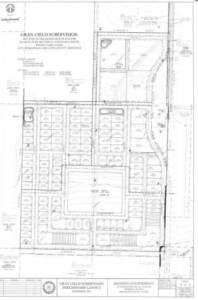 Developers are moving ahead with plans to create a subdivision that could become home to 700 people, which they say could fill underdeveloped swaths of south Bozeman.

On Monday, Bozeman city commissioners unanimously gave the OK for a preliminary plat of a 49-acre subdivision called Gran Cielo. The land is west of South 19th Avenue at the corner of South 27th Avenue and Graf Street.

Owner Greg Allen of Cadius Properties LLC said it has been a plan in the works with previous landowners for more than a decade. But he said that stagnated in 2008 with the financial crisis.

“And it’s finally moving forward,” said Allen, adding the city’s existing infrastructure in the area allows for further building. “This area is actually underdeveloped from what the city’s original intent was.”

Allen said he and his partners bought the property last year from the bank that took it back from the original developers.

He said the dense development will create housing for anywhere from 500 to 700 people near Montana State University and area businesses. He said the area currently lacks options for places to live.

“The city always expected growth along 19th Street to take off at some point. It’s just that north Bozeman took off first,” Mehl said.

Part of the land is zoned as residential high density, meaning there’s the chance to mix some office space into the housing. The zone also provides a lot of flexibility to cluster lots and mix housing types.

Allen said he hopes to get the OK from the city for some of the lots on the development to get rezoned for limited commercial business.

“Something that is really small that is neighborhood centered, like a cafe or dry cleaning — a place to walk or bike to,” he said. “We need to be more cognizant of creating neighborhoods that have their own feel, their own unique features that draw you to them.”

Allen said the goal is to start creating the infrastructure for the project in the next few months with buildings going up sometime next spring.