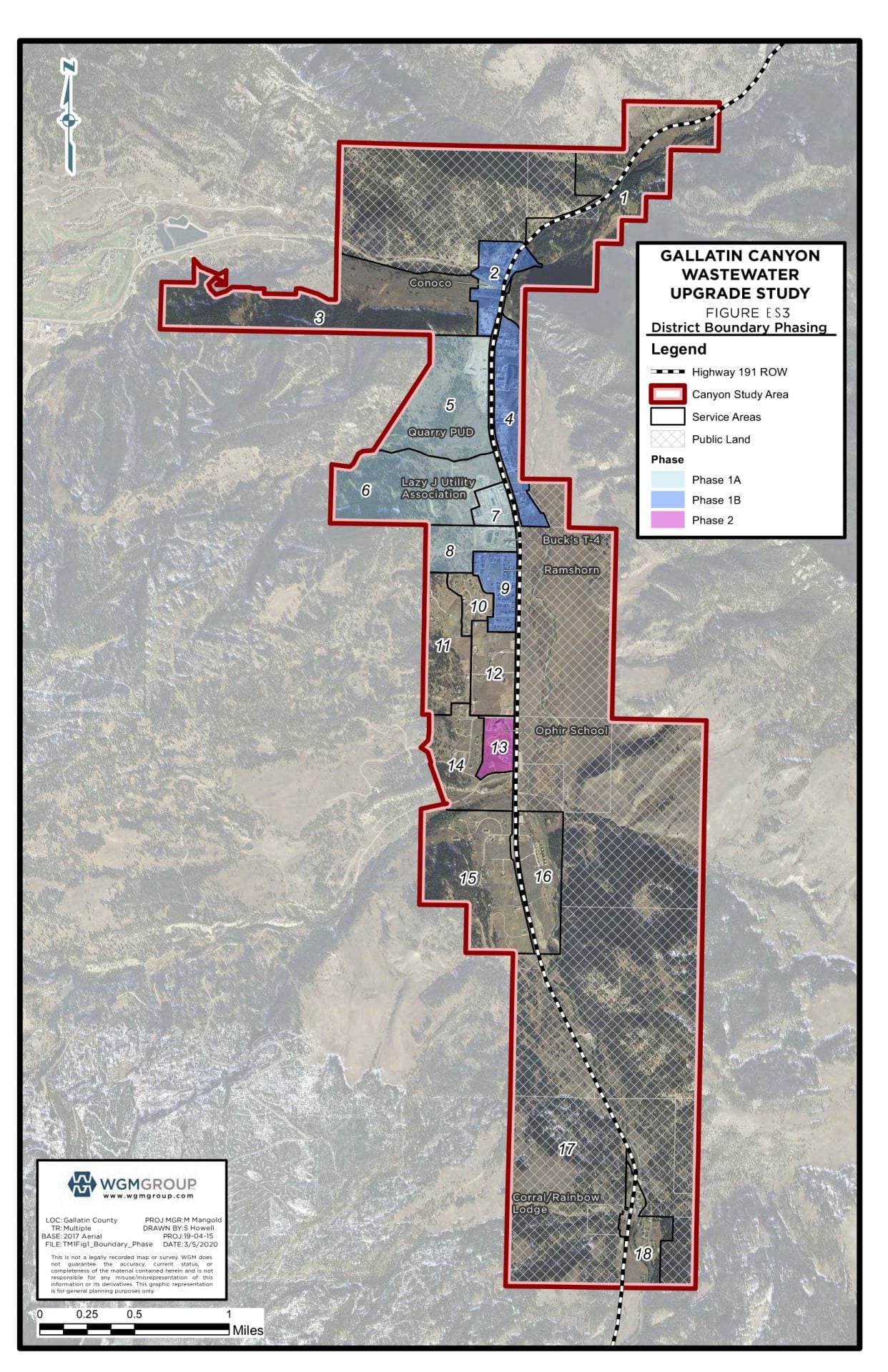 The move was needed to explore options outside of septic systems for the area just to the north and south of the Lone Mountain Trail and 191 intersection, along 191 and the Gallatin River.

The Gallatin County Commission approved a new water and sewer district in Gallatin Canyon on Tuesday in an effort to protect the Gallatin River while also allowing denser development along U.S. 191.

A handful of landowners requested the creation of the district, which will include the Conoco, the Quarry development, Buck’s T-4 Lodge and 40 acres behind Buck’s T-4.

“These particular landowners like many in the canyon bottomlands are interested in developing their lands, they’re interested in community-wide wastewater treatment so long as that can cost effectively arise,” said Matt Williams, an attorney for the landowners.

Now that the district has formed, it will explore options for better disposal and treatment of wastewater from homes and businesses south of Big Sky, which now rely on septic systems.

One option is for the district to build a pipeline that would transport its wastewater to the intersection of U.S. 191 and Highway 64.

The Big Sky Water and Sewer District, which includes landowners in the Meadow Village, Aspen Groves, Spanish Peaks and Lone Moose Meadows, could then use $12 million in revenue from a voter-approved 1% increase in Big Sky’s resort tax to construct a second pipeline to carry wastewater from the intersection to the wastewater treatment plant on Little Coyote Road.

The two pipelines would also return treated water to the canyon for reuse or disposal.

Treating canyon wastewater in the Big Sky Water and Sewer District’s plant rather than continuing to use septic systems could better protect the canyon area, which is seeing an uptick in nitrogen, a threat to the Gallatin River.

“I would regard this as probably the single most important thing that has the opportunity to ensure the continued health of the Gallatin in this stretch through Big Sky,” said Steve Johnson, a member of the Big Sky Resort Tax Board, which oversees the distribution of the revenue from the town’s sales tax.

The plan led to a study, conducted last year, on the feasibility, cost and environmental impact of several options including creating a connected system of shared septic tanks in the canyon, building a wastewater treatment plant in the canyon or pumping canyon sewage to the Big Sky County Water and Sewer District for treatment.

The three options could only be pursued if canyon landowners formed a water and sewer district, so the Gallatin River Task Force has been working for months to help create the district.

“We are seeing issues in the Gallatin with water quality both in the groundwater as well as surface water, and I think this will be a huge step forward in protecting the river that gives us so much,” said Kristin Gardner, the task force’s executive director.

The task force hopes that more landowners will join and that the district will eventually extend south to Ophir Elementary School and Lone Peak High School.