What’s Ahead in 2013?
New Year Home Loan News
via You Magazine

Homeowners and homebuyers have a lot to keep track of as we head into 2013. Here’s a quick overview of the top stories to watch over the next few months. 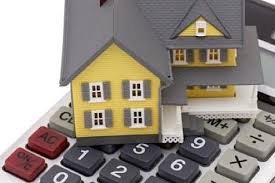 Quantitative Easing is when the Fed buys Treasuries and Bonds in the hope of achieving:

But what really took the markets by surprise was the Fed’s decision to tie the Fed Funds Rate (the rate banks charge each other for lending money overnight) to the Unemployment Rate. Instead of sticking with their plan of maintaining low rates until “at least mid-2015,” now the Fed is going to hold the Fed Funds Rate steady as “long as the Unemployment Rate remains above 6.5%.”

Inflation
One of the biggest takeaways from this decision is that the Fed may be more tolerant of a rise in inflation. Lower unemployment would mean that the economy is gaining some steam, thanks in part to the stimulus programs like QE3 that are currently underway, and inflation could easily trend higher in an improving economy. And remember, inflation is the arch enemy of Bonds–and therefore, of home loan rates, as home loan rates are tied to Mortgage Bonds–because inflation reduces the value of fixed investments like Bonds.

Recent Producer Price Index and Consumer Price Index Reports have shown that inflation at the wholesale and consumer levels respectively remains tame. However, when inflation manifests, it tends to do so quickly. This is a key area to keep a close eye on in the weeks and months ahead.

The Fiscal Cliff was one of the biggest news items at the close of 2012. Essentially, heading into 2013, tax cuts for individuals and various tax breaks for businesses were due to expire, taxes pertaining to President Obama’s health care law were due to begin, spending cuts enacted by Congress as part of the debt ceiling deal of 2011 would go into effect, and long-term jobless benefits were also due to expire. The Congressional Budget Office (CBO) estimated that if all of these items occurred, it could have taken an estimated $600 billion out of the U.S. economy in 2013.

The United States’ current economic and fiscal climate, however, has made for an extremely difficult situation. Growth is still feeble enough that levying the originally planned taxes would likely do serious damage, but further extending the cuts would exacerbate the already massive deficit.

But on the first day of January 2013, an “11th hour” deal was put together by Congress and sent to the President for his signature. The measure will shield millions of Americans from higher taxes and will extend Unemployment Benefits for the long-term unemployed. It also delays across-the-board cuts to the budgets of the Pentagon and numerous domestic agencies for 60 days, giving Congress time to work on additional solutions. While this agreement caused the Stock Market to rally, the uncertainty in the U.S. combined with continued uncertainty surrounding the debt crisis in Europe should continue to benefit our Bond market as investors still see our Bonds as a safe haven for their money. And since home loan rates are tied to Mortgage Bonds, they should also benefit from this safe haven trading.