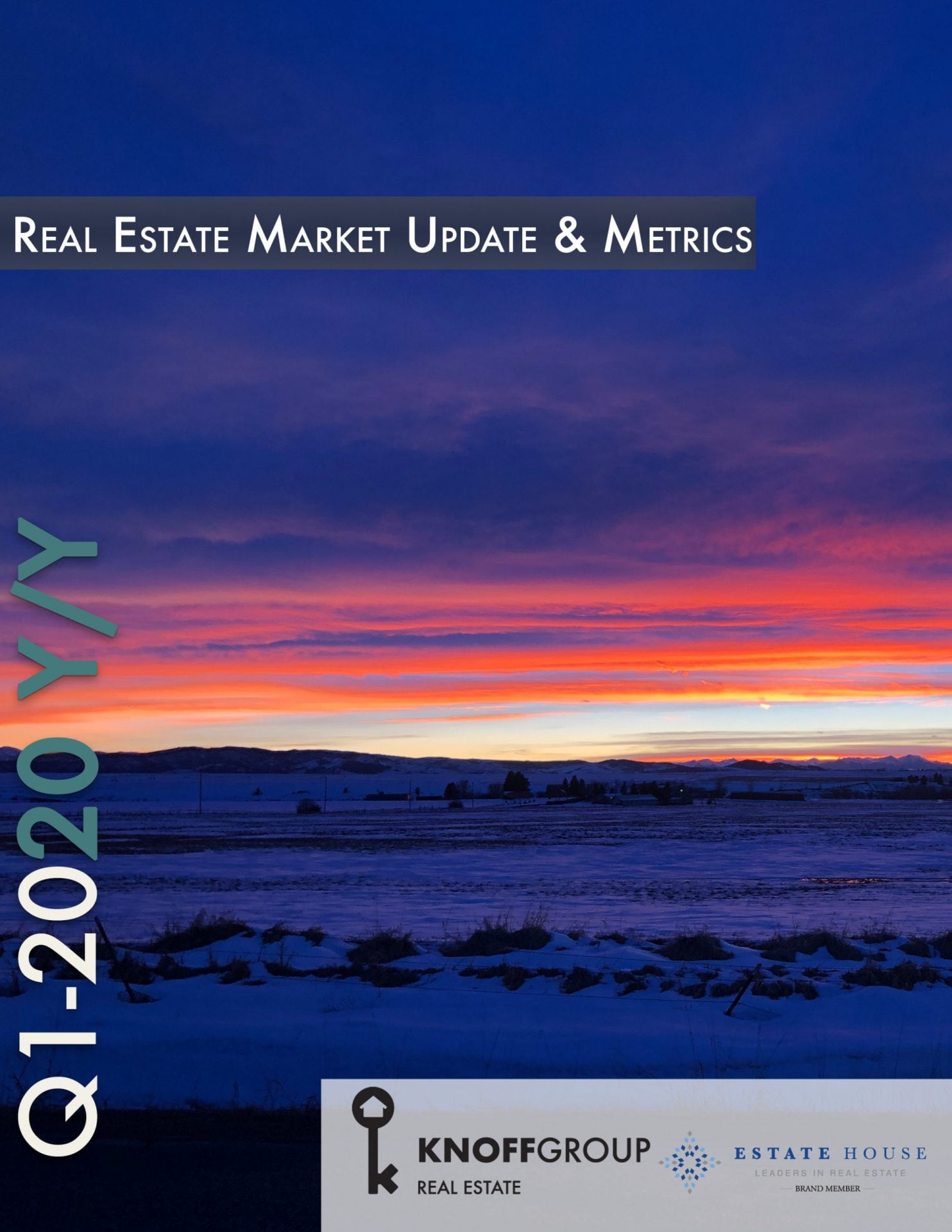 Prior to mid-March 2020, the southwestern Montana real estate market was cruising. Year over year quarter 1 median sales prices were up, listings sold for the most part were up, days on market for the most part were down. We’re tracking the market now on a weekly basis – once we have some stats to share, we’ll do a recap on how the local market has been impacted due to COVID-19.

Land experienced year over year pricing growth in Bozeman, Greater Bozeman and Big Sky with appreciation between 8-15%. Belgrade saw median sales prices drop as more single-family lots were sold (in comparison to more multifamily lots year prior). Days on market were up in most areas, considerably in Bozeman and greater Bozeman.  However, DOM had dropped 28% in Big Sky. Number of listings sold were down in Big Sky and City of Bozeman and up in Greater Bozeman and Belgrade. List to sales price ratios showed stable pricing with light appreciation of 1-2% on average with the exception of City of Bozeman which was down 7%.  The land market overall was more even playing field between buyers and sellers on list to sales price ratios with moderate discounting happening across the board.

High-end single-family home sales ($650k-$999,999) saw stability in most areas of the market year over year, with consistent pricing and little discounting, with the exception of Big Sky which saw more significant discounting on average at this price point.

Luxury and high-end Condos and Townhomes

High end condo and townhome sales ($650,000-$999,999) were off of the previous year in both Big Sky and Bozeman with less inventory available in this price point.  Luxury product saw similar sales in Bozeman’s market to year prior but Big Sky had a banned quarter with 11 sales of luxury product with a median sales price of $2.3M.