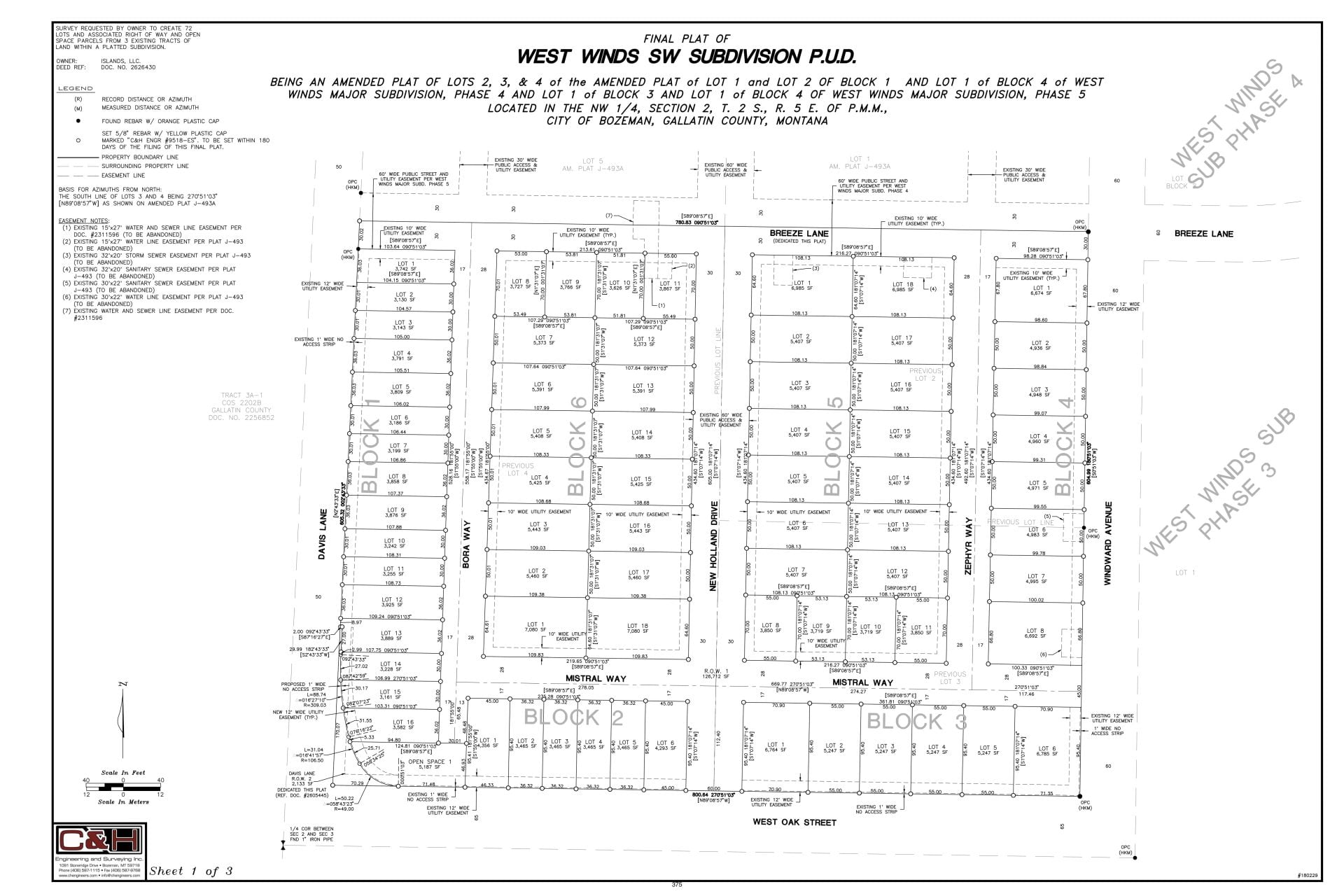 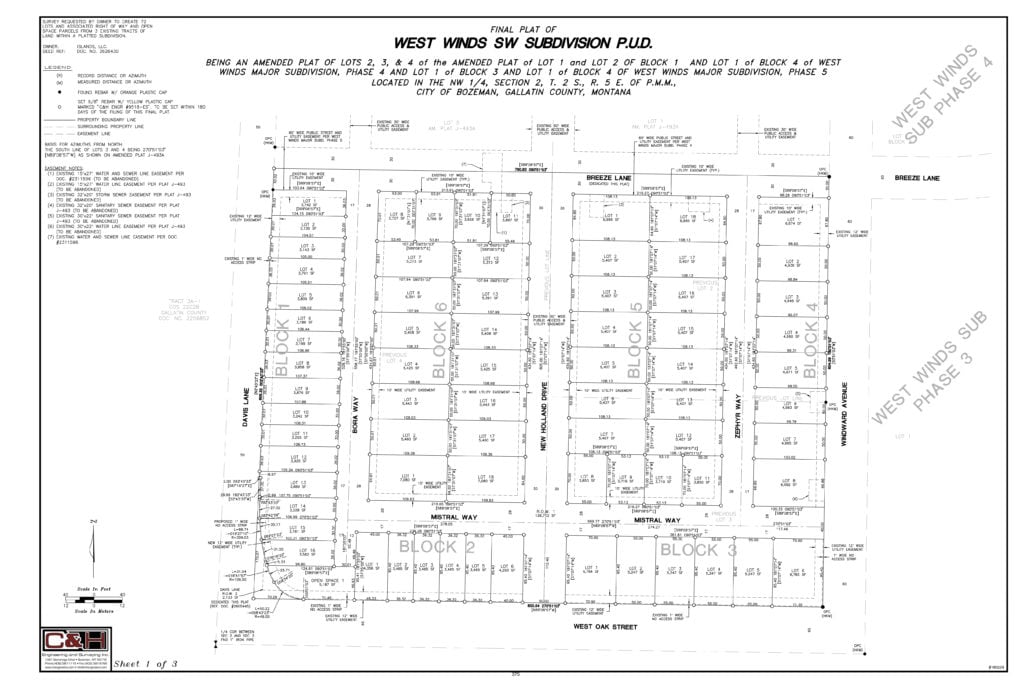 Article from today’s Bozeman Daily Chronicle. We are excited to see how this pans out and if other developers will be more eager to go through the motions now that an example has been set. You can find the City’s Memorandums, which include plat maps, here>>
Bozeman approves 72-lot West Winds subdivision
By Katheryn Houghton Chronicle Staff Writer Dec 18, 2018
The first subdivision to work through Bozeman’s affordable housing mandate from start to finish has the city’s approval. That is more than a year after Bozeman leaders told developers they have to deliver some affordable homes when they build in town.

On Monday, city commissioners unanimously passed the final plat for a new, 72-lot development. Six of the homes that come out of that are planned as duplexes below Bozeman’s climbing market rates.

The project is across the street from Gallatin Regional Park and is the last phase in the 160-acre master plan for West Winds subdivision.

Commissioner I-Ho Pomeroy said she hopes the subdivision is proof others can work through Bozeman’s program.

“It’s complicated…but I hope this is a good step forward to produce more affordable housing in Bozeman,” she said.

Monday’s vote arrives as city staff continue to unroll Bozeman’s ordinance as developers wade through it and give feedback. Bozeman is also in the process of trying to expand its housing program beyond new homes for sale.

The West Winds final phase is the first to go through the mandate starting with a preliminary plat. While the developers and city staff found a compromise, the developers also asked for a break from the rules.

Kevin Thane with the city’s Affordable Housing Advisory Board said the fact that a good project needed to step outside of Bozeman’s rules shows the ordinance is due for an update.

When a subdivision triggers the mandate, 10 percent of the development’s homes need to be sold below market rates. The for-sale price varies on the area’s median income and how many bedrooms are in the house.

Builders can either meet the mandate through building homes or paying into the city’s housing fund.

The subdivision approved Monday steps outside of that a bit. West Winds plans to only build two-bedroom affordable homes, leaving out three-bedroom homes predicted in the future subdivision.

Trever McSpadden with Haystack Development spoke on behalf of the applicants. He said sticking to two-bedroom homes makes the project financially work while adding to Bozeman’s affordable housing stock.

“The hope was to get the homes built, and that’s what we’re trying to do,” McSpadden said.

The developer will also pay $117,467 in lieu of meeting all the requirements.

Bozeman Community Development Director Marty Matsen said that is less than what the ordinance typically calls for because the developer is willing to put more two-bedroom homes on the market than what is required. He said those added homes are valuable.

“We looked at the total benefit to the community,” Matsen said.

Commissioner Terry Cunningham said while the plan makes sense this time around, he hopes the ordinance offers more clarity in the future so how it’s applied doesn’t vary between applicants.